Hi everyone, my name is Milenko and I am the Art Director of ECO. Since I speak here rarely, before I start talking about UI, I would like to let you know where the art production is at and share a bit of an artist experience from our work so far. 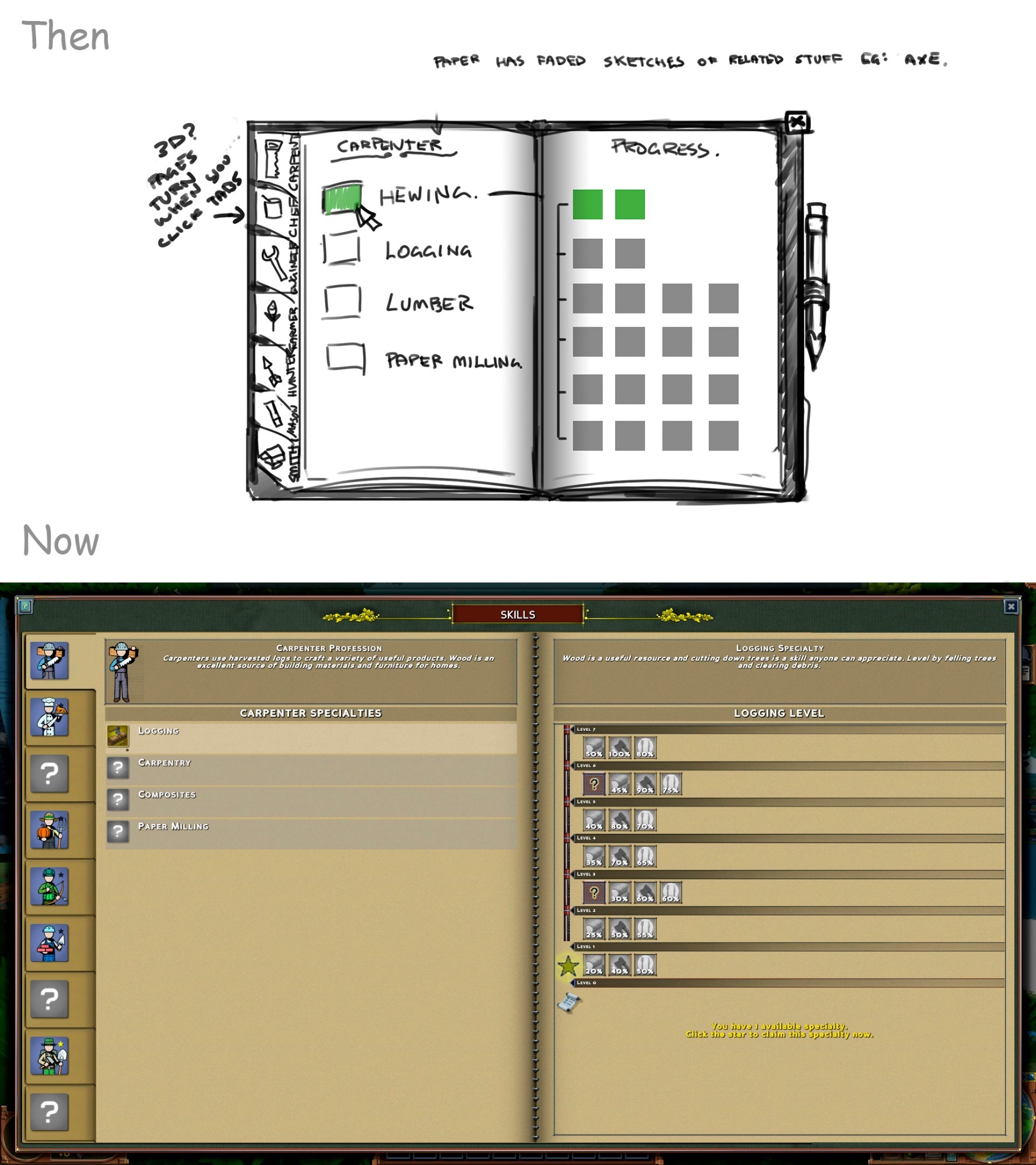 Here's a list of our Eco Update 9.0 Blogs:Firstly, the Art team is working really hard at bringing more visual content to the game and we never stop. Many new assets are waiting in the cue to be plugged into the game. However, priority now is working through the latest increment, making it stable and making sure it runs smoothly. So while the engineering team is fixing and polishing the .9 update, the art team is assisting in anything we can help with, putting polish on as much art as possible without causing any issues ourselves and preparing assets for the versions to come.

Game systems are getting more intricate, vision more focused and complex and the game itself is getting more depth than before. As the technology improves, we, the art team, are getting the opportunity to make our game prettier and more appealing to the player. For me personally, making art for ECO is the biggest challenge I have had in my career so far, I am learning a lot and had to change my perspective and opinions about the game art compared to any previous experience I had.

With the world being procedurally generated and the amount of control given to the players, it is very hard for the art team to oversee and control the final look of the game we are creating. It is still possible to a sufficient extent, but the ways to do it are very different from the ones we as artists are used to. So it requires a bit of change in the way we think about how we do things.
Regardless of difficulties, it is a nice challenge and keeps us sharp and on our toes at all times. And that is a good thing.

I will try to write up a specific, longer blog post about art evolution on the game at some point soon. In regards to the User Interface, revisiting everything was a process that took months to bring it to the current stage. It took a lot of sketching, prototyping and many, many new art bits and the ways that they needed to be put together.

With ECO growing as an experience and reaching the stage where it is ready to move into the next phase of development, there was a need to revise most aspects of the existing User Interface so that the game becomes more streamlined, features more clear and obvious, player interactions easier to understand and the game overall easier to use.

In the course of past months, with a lot of hard work, game design has progressed and evolved and the game-play has become much more intricate with new features and more complexity.
Prior to 9.0, the User interface was mostly in the prototype phase and was often built on the spot in order to make a new feature functional.

So we wanted to make it more organized, prettier and overall more appealing. It meant breaking many old things and rebuilding them from scratch, coming up with the new common themes and overall unifying it as much as possible visually while making it easier for players to use.
In the course of the game development, and with many new features,new, specific, UI groups and functions unique to each other started to become necessary.

Thankfully, the current iteration has become faster and more responsive allowing the player to interact with the world and the game with fewer clicks. We came up with different themes for different interfaces, figured out how they work with each other, figured out the way we want to put them together and tried to make sure they work thematically with each other so the overall look still follows the same theme, and fits with the overall game style. Some animations and movement have also been introduced to help with the experience overall.
Following are some examples of the look for the new interfaces being built:

There is a main on-screen interface which is a redesign of the existing one allowing the player to keep tabs on main aspects of the gameplay. 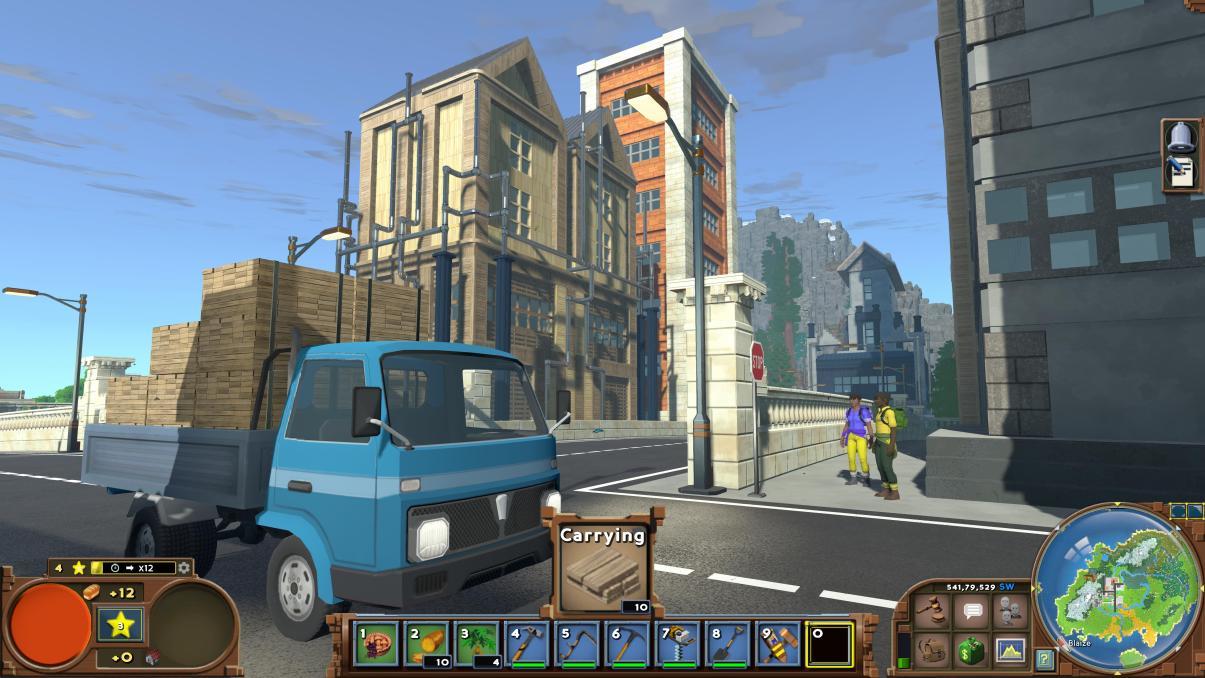 Mini map got its own category, with minimized, popup and full screen versions, giving the players different options they can use based on their play. It is always visible now and adds to the game a lot. 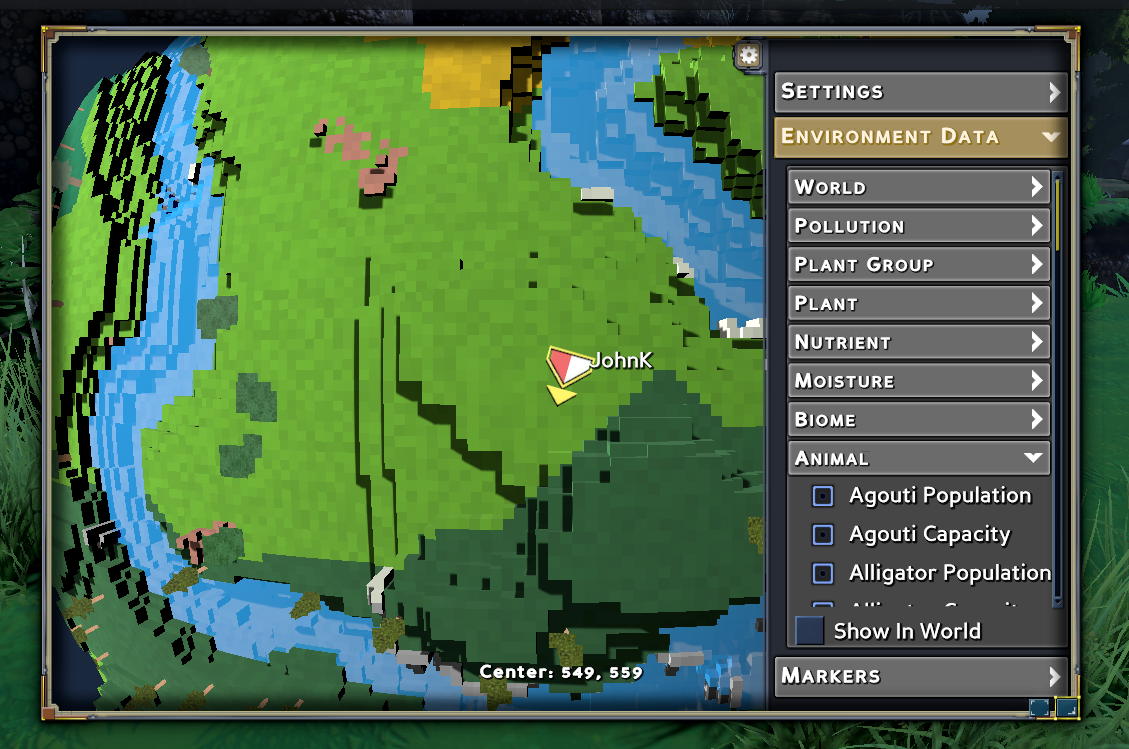 There is a massive and complex Ecopedia UI, designed to assist players in understanding many aspects of the game. throughout the rest of the interface it can be accessed and should help in clarifying different game segments. 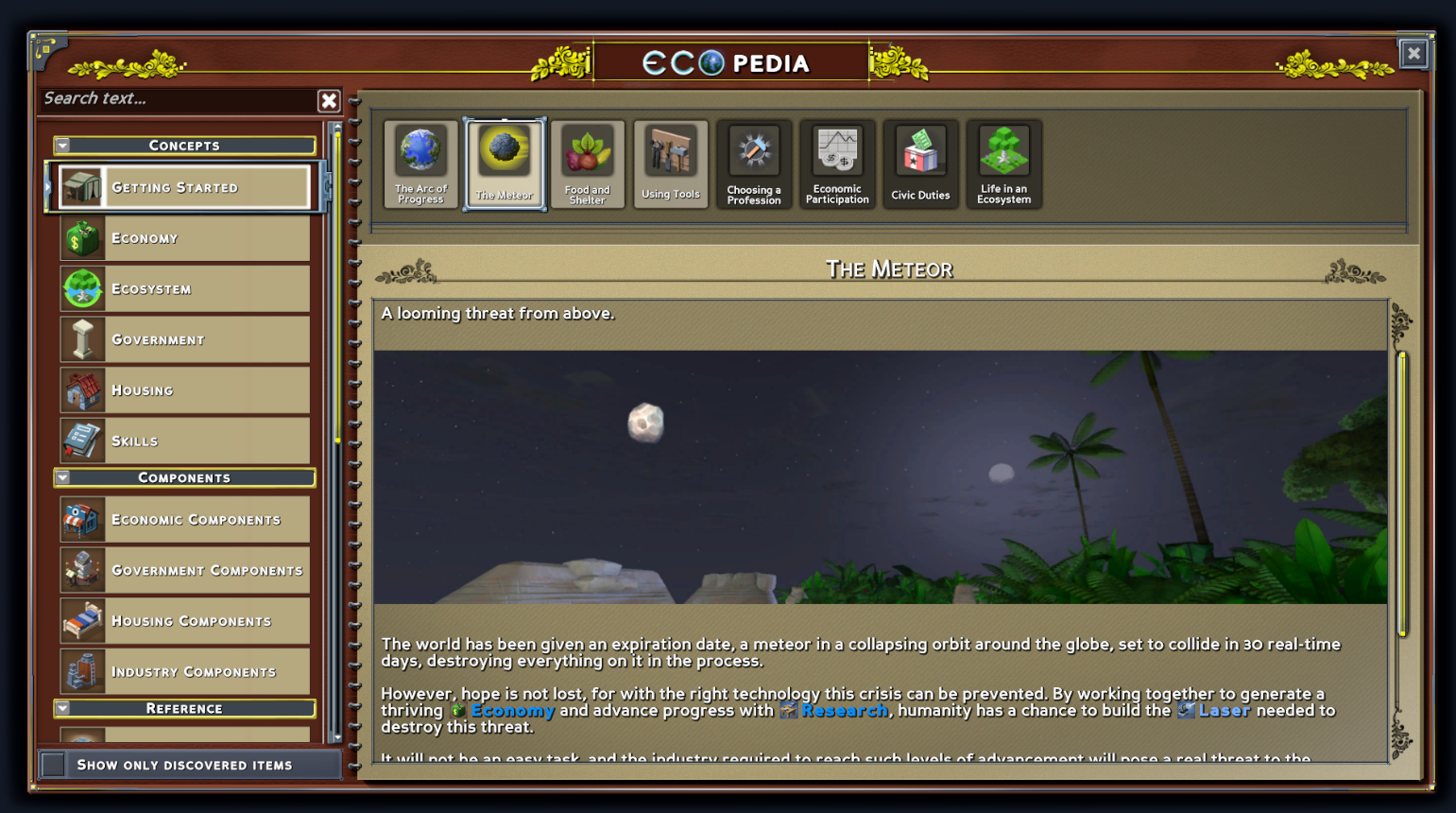 Laws interface allows players to craft civic and legal aspects of the game, helpful in organizing society and managing players' interactions with the world as well as each other. 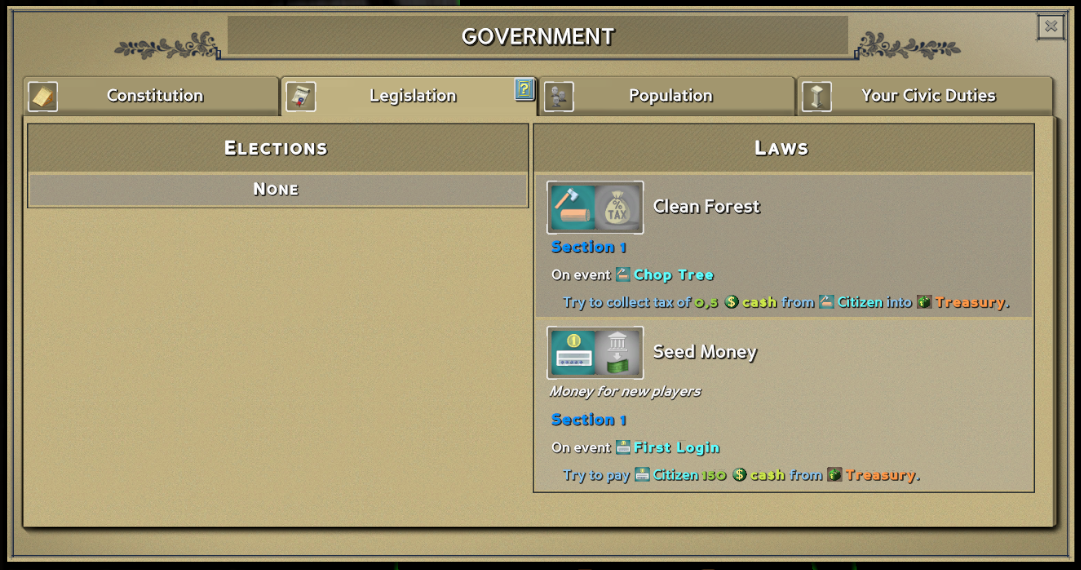 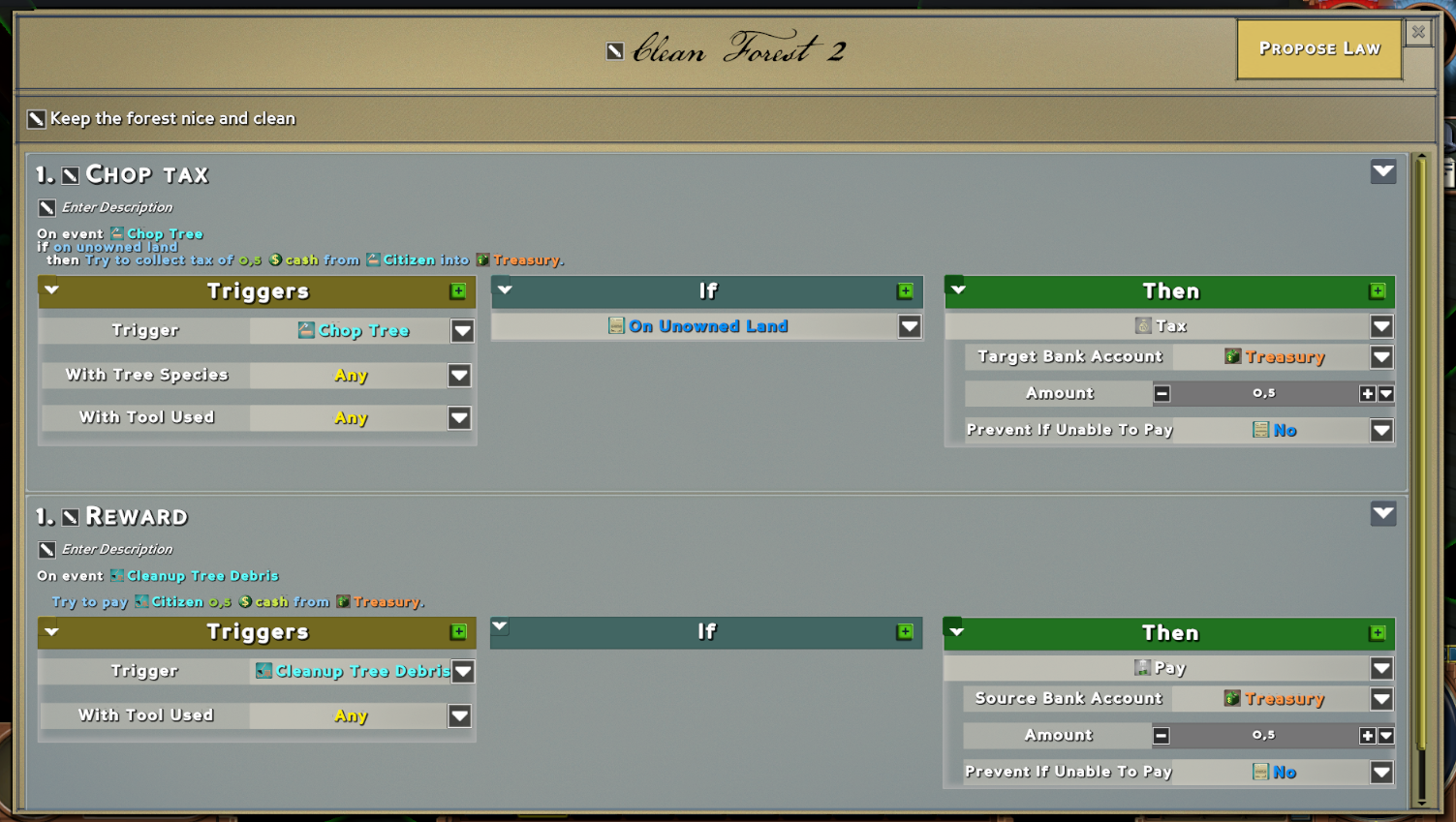 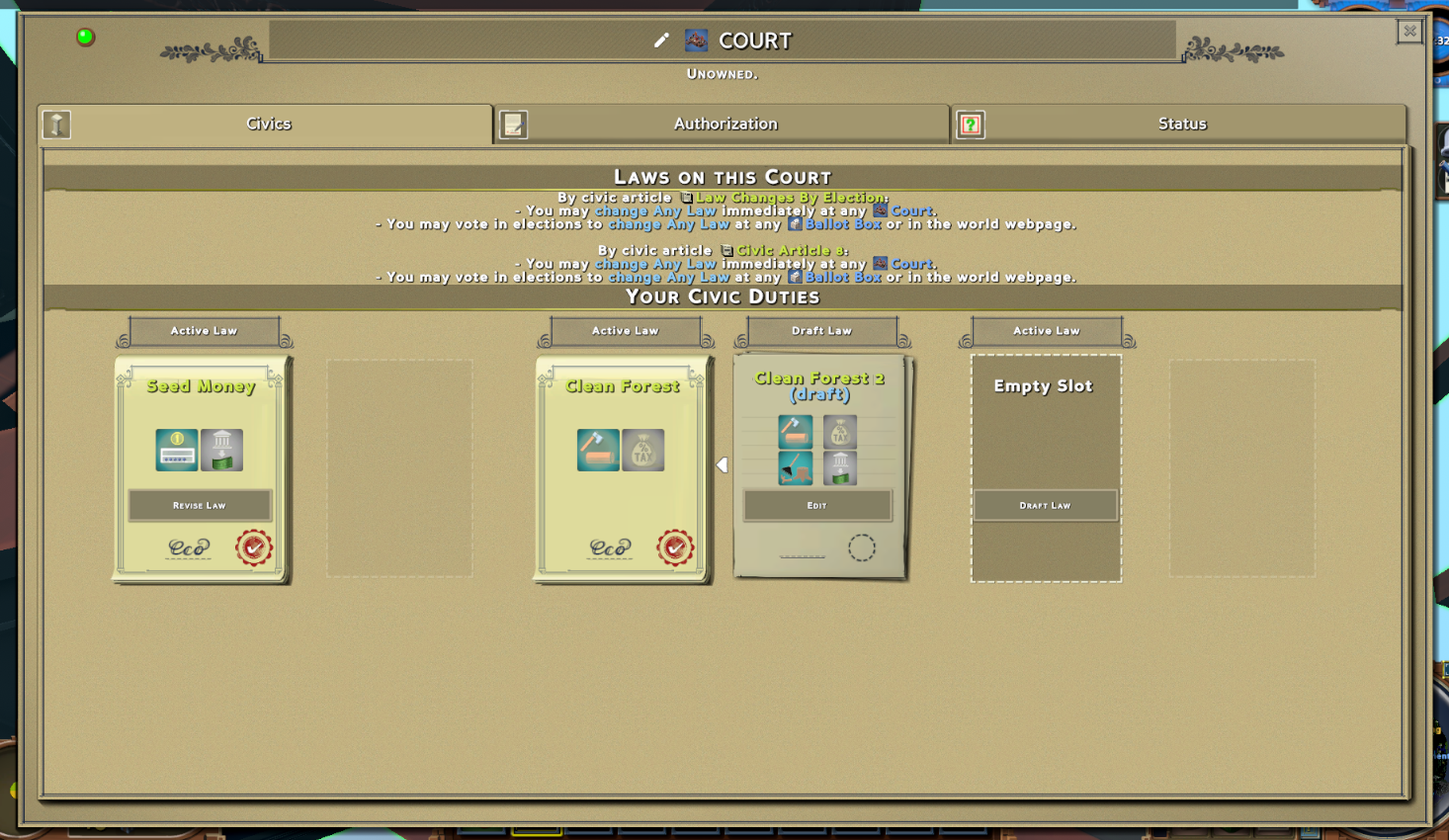 Work parties interface is there for assisting in organizing and following various tasks throughout the game. 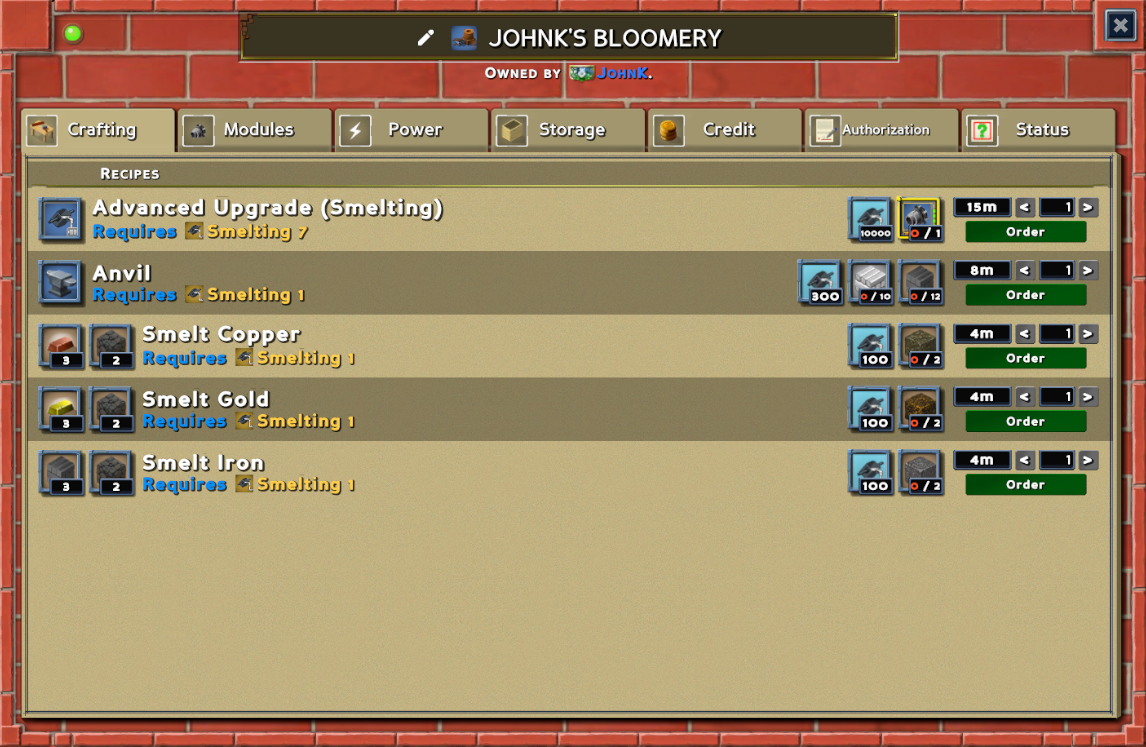 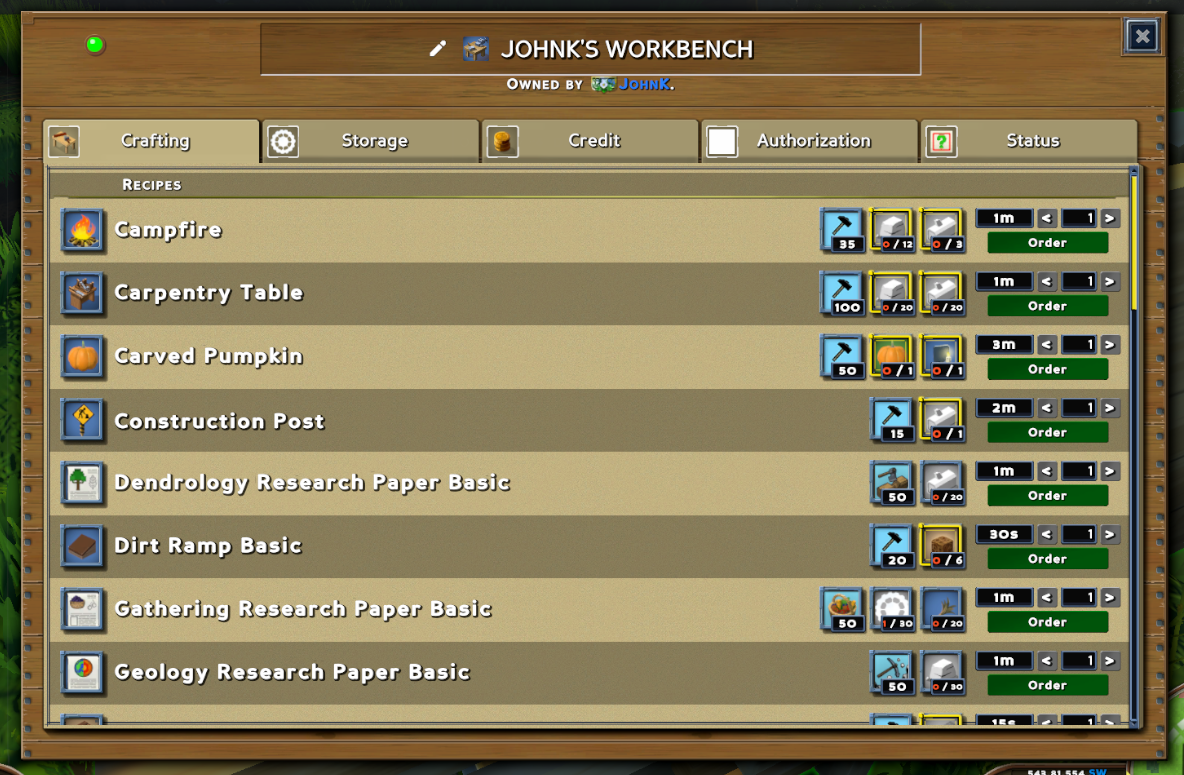 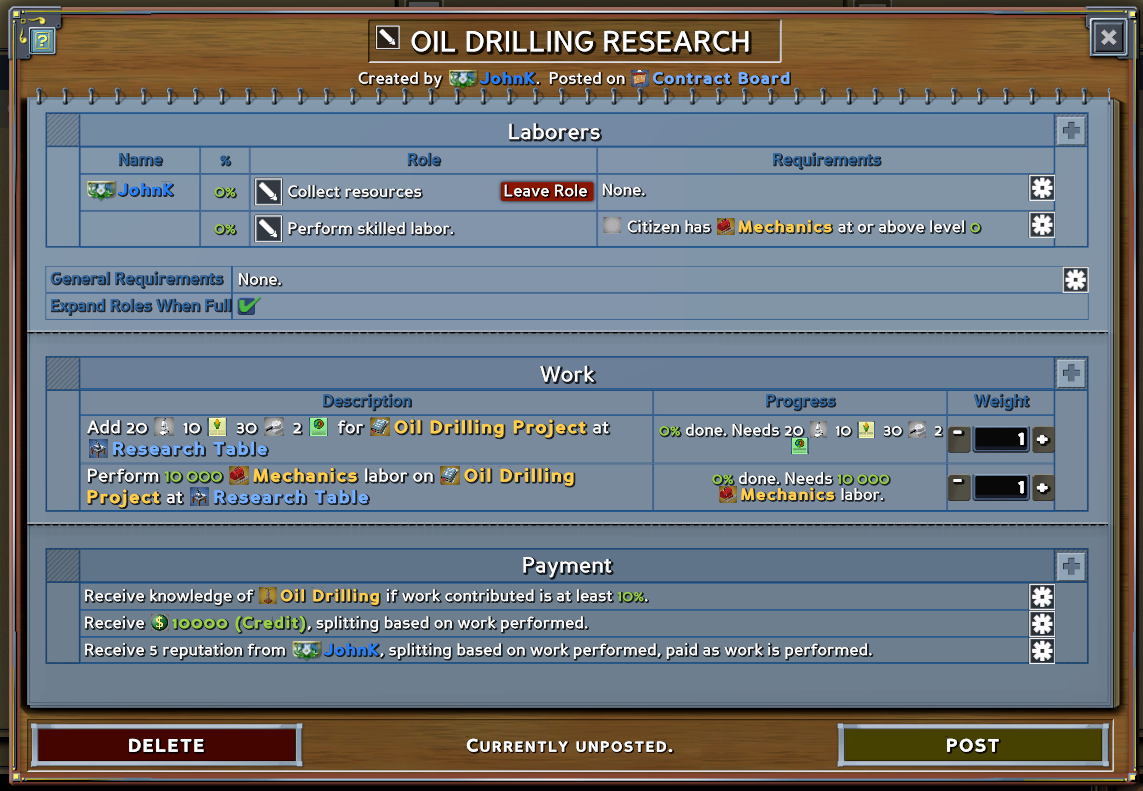 Skills interface is allowing the player to follow their progress and learn about different professions development. 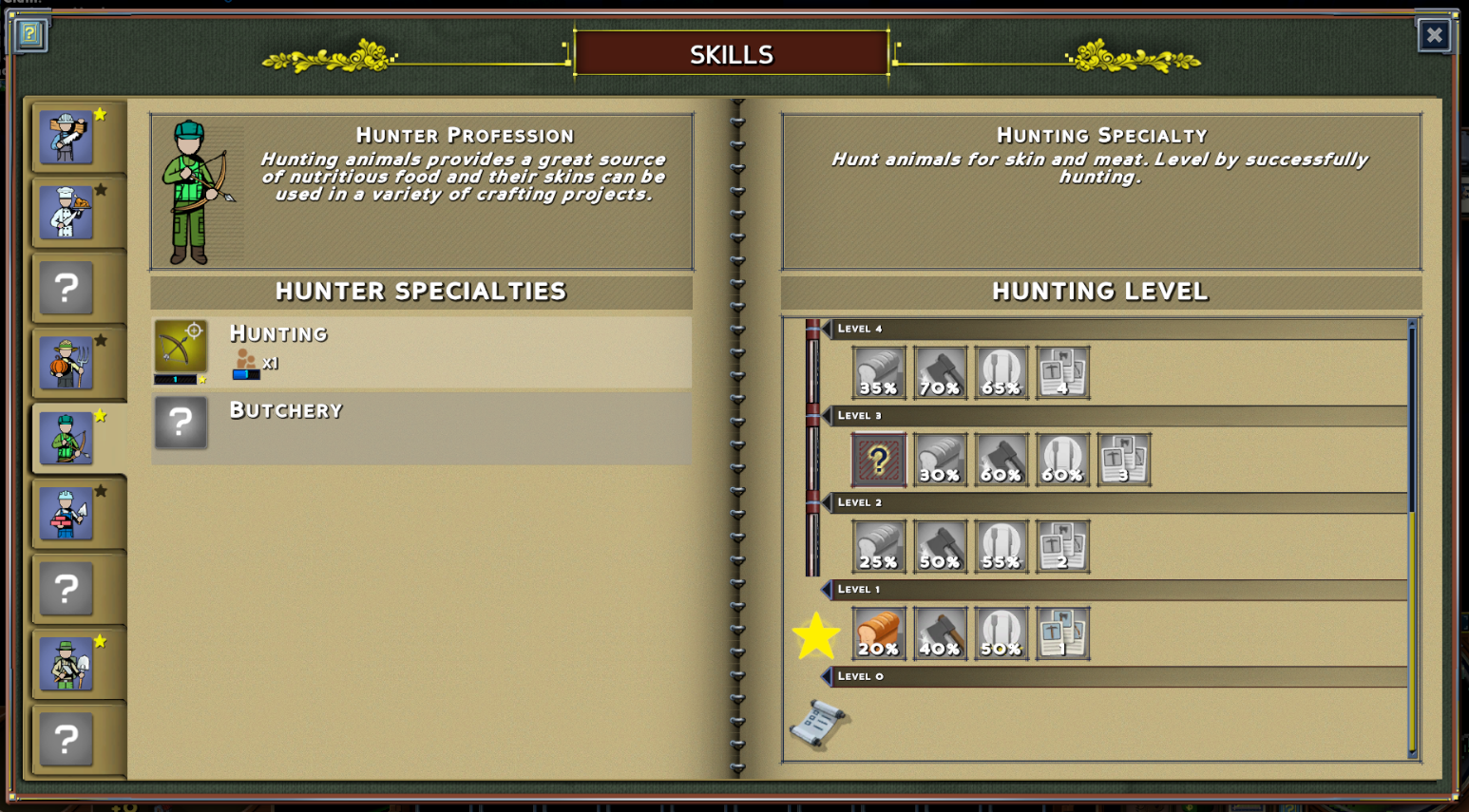 Improvements go on and returning players will hopefully find them enhancing their previous experience and new players will find the overall interactions with the game easy and unobtrusive.

Final Note
Of course, everything is still work in progress and the art style, features and visual functionality are developing and evolving together with the game itself. So the current state is an improved and more organised version of the previous one, and as the game development progresses visuals and style will change to adapt to the needs of the project.

The livestream covering this blog will be hosted on Sunday, May 31 at midnight PST / 9am CEST. We're aware this isn't optimal but due to me working from Australia it's the best slot we could get.