From Running a Government to Building One 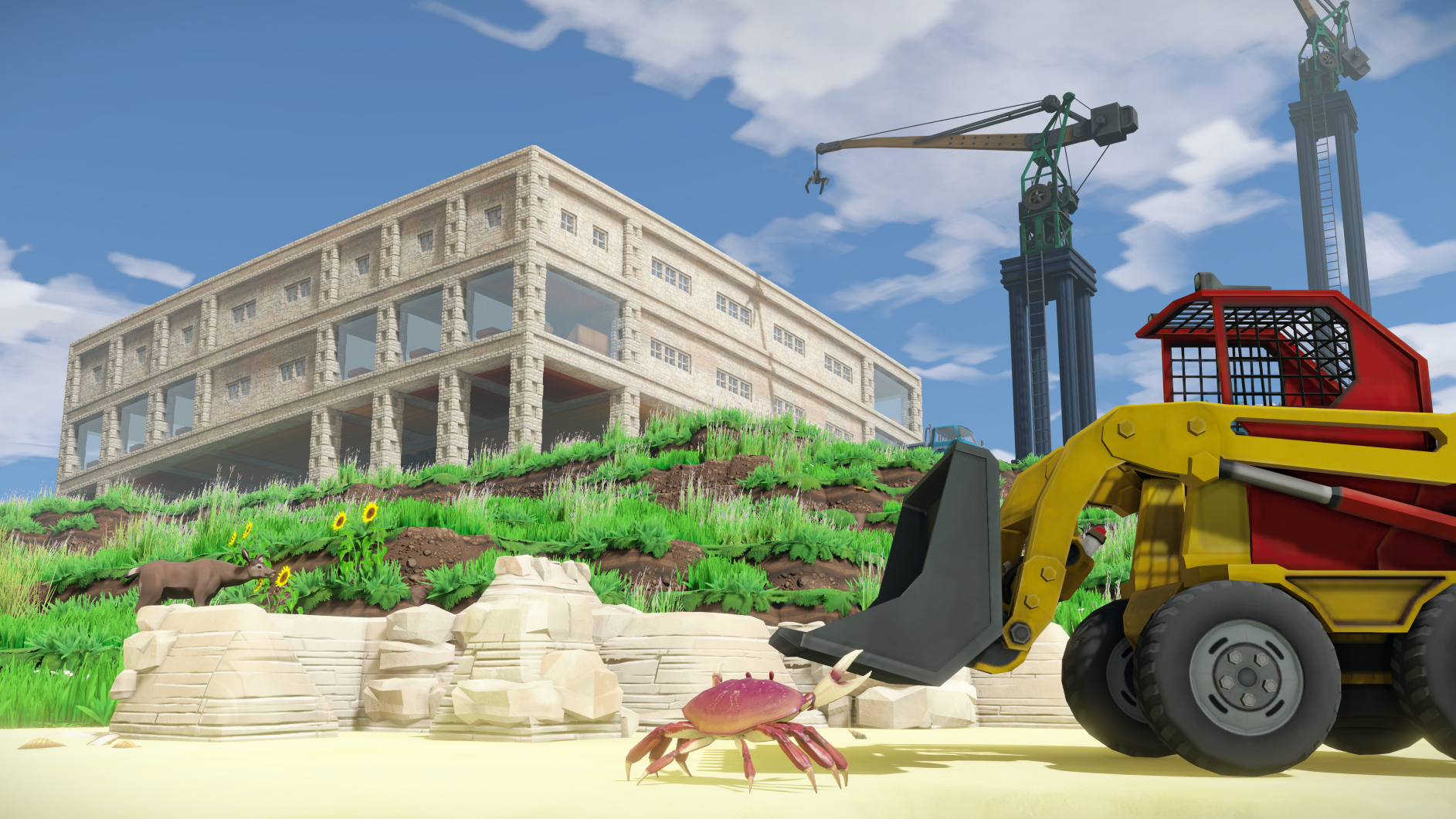 Hey all, for this Friday’s Eco Peak I wanted to talk about the new government system I’m working on for Eco 9.0.

The high-level idea is that in the current version of Eco you run a government. In 9.0, you will build a government.

First thing you’ll need to do to create a government is form a constitution, which will be an object placed in the world. The value of the building it’s placed in will determine how much influence the government has, and whichever government has the most influence will dictate the rules for the world.

Overthrowing the Government
This means that governments can be overthrown by making a more powerful one, represented by a more valuable building, and players will need to create fantastic palaces to ensure the legitimacy of their government and prevent being overtaken. (Later, we will allow multiple governments to co-exist and compete, but for now there can Be Only One).

I wanted to add the ability to overthrow a government because it fits thematically – if a government no longer represents the will of the people, there is a way to overthrow it and start a new one. This is costly, as it should be, as a second palace will need to be built that exceeds the first in strength, which is difficult to do without the support of a lot of players.

Government Features
Once a constitution is built, you can start adding Civics Objects to add features to it. A Constitution does nothing by itself, but once you add a ‘Court’ you can create laws, and once you add a ‘Census Bureau’ you can create demographics, an ‘Election Hall’ to allow elections, ‘Parliament Office’ to add an elected position, a ‘Bill of Rights’ to add constitutional amendments, and lots more. This way your government grows in pieces, and the selection of things you can do with it grows slowly, allowing players to dictate what kind of control they want in their world, and not overwhelming them with infinite options from the get-go.

Furthermore, the different options within those categories can be extended as well. So if you add a Lumber Licensing Office, you augment a court with the ability to create laws about logging. Additional modules can be plugged into these government objects to expand their abilities.

Editing Laws
I’ve set a personal goal for myself this year to ‘make creating tax code fun and interesting and straight-forward’. Basically take something many people think of as one of the most boring things in the world and making it exciting and interesting. The key to doing this is to make it relevant to things that are interesting to you, IE how your Eco world functions.

To allow creating both simple and powerful laws, we’re moving the law and government editor into the game. Here’s a preview of it still in-progress:

You can see there are lots of options available everywhere, but the simple things are still easy to do. If you want a very basic cause-and-effect law (when people chop down a tree, tax them), you can easily slot that in to the ‘cause’ and ‘effect’ lists by just picking from dropdowns. If however you want something much more complex, you can do that too by displaying the Advanced Properties in these options and plugging in different values into the different fields. In the above case are three logging-related causes that lead to a conditional effect: if the user is high-skilled, they can perform the action without even needing authorization. If they’re not, then they pay a tax related to the population percent of the species in the world.

We’re still working on this, the icons aren’t in yet and we have some more things to do to simplify it, and it'll be something we continue to expand and grow for all kinds of possibilities (think mortgages, contracts, rental agreements, ad infinitum). It will be the foundation of all kinds of complex civics and economic experiences you can create in the game, with the goal of making them all both simple and powerful, with lots of help text guiding you along the way.

Here’s a look at the ‘causes’ drop down that shows a lot of the different things you can use to trigger a law: 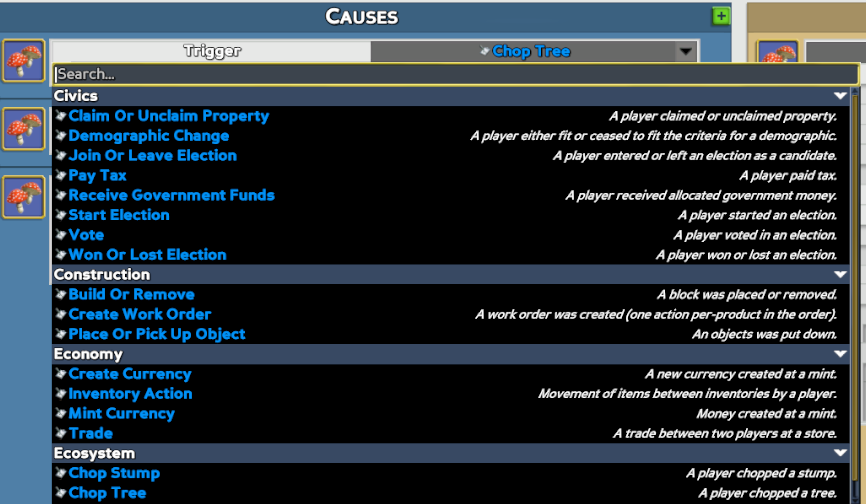 Once you pick one, you can mouse over it to see the properties that you can tie into the law:

These are all values that you can slot into other parts of the law, letting you make very generic laws that depends on what kind of trigger happened. It’s like programming in a way, with to-the-moon intellisense turned on to prompt you at each step.

Also since this is all generically created, it’s incredibly moddable. Every piece of it can be modded and extended easily, opening the door to lots of intricate government structures.

Can’t wait to see the brilliant and crazy stuff that players build with this. 9.0 is still a few months out, and we’re currently staying focused on polish and performance for 8.2, but following that we hope to roll out 9.0 not long after.

Cheers and say hi in Discord. Discord.gg/eco @johnk
Click here for the source of this article RSS Feed