Developer Blog: Building and the Hammer

Hello everyone! I’m Keegan, an artist, designer, and developer on Eco. My best wishes go out to everyone right now and I hope you are staying safe as best you can. Our team is keeping busy with giving Eco 9.0 the polish it needs and are eager to get it out into the world for all of you to experience! 9.0 has some big updates to building which I’m excited to share with you here. 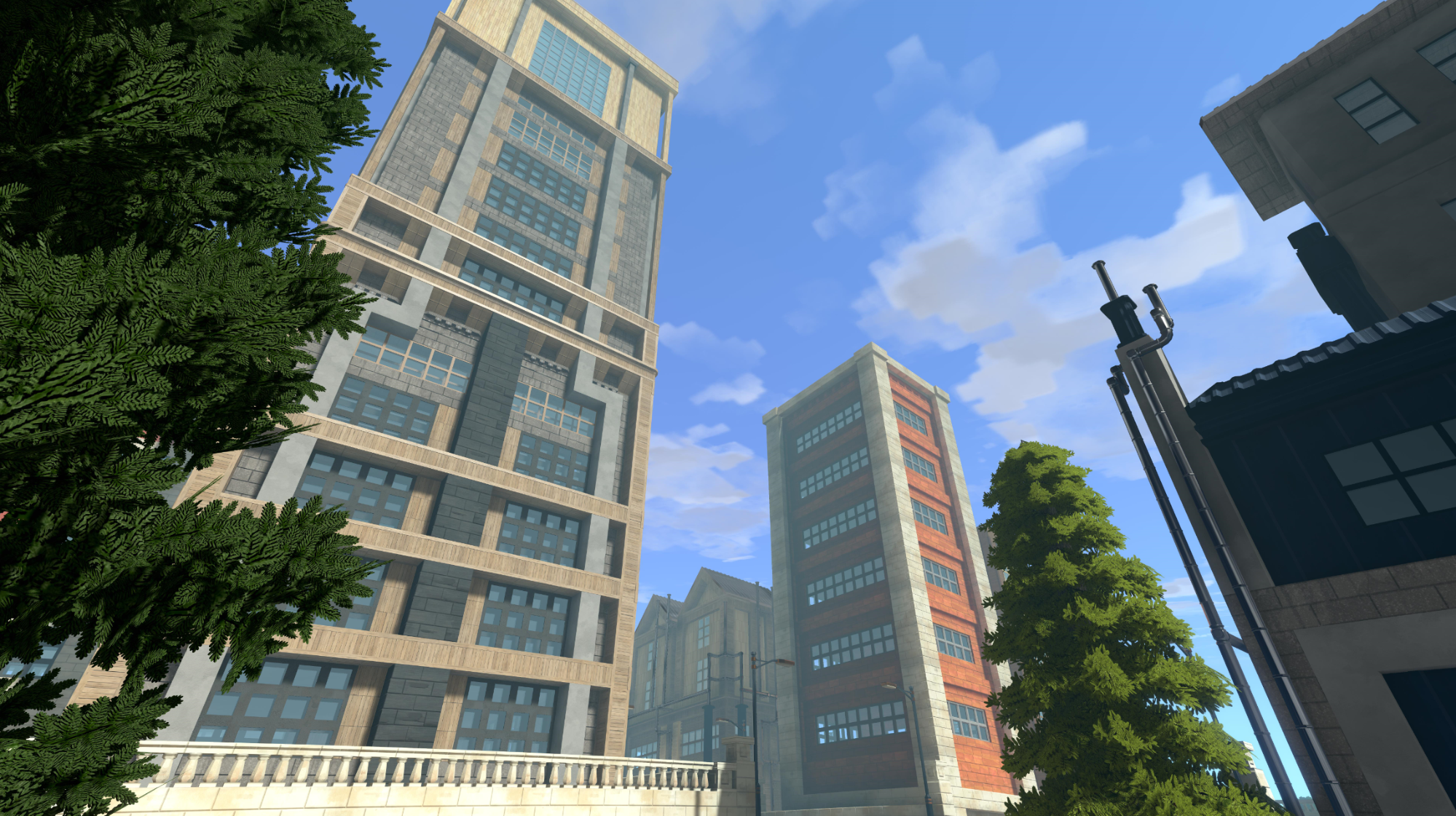 Here's an overview of the Eco 9.0 blogs so far:In the previous version of Eco, we added a list of forms to choose from for each building material. This was just the beginning of our plans for player building, and in 9.0 we have greatly expanded this functionality. 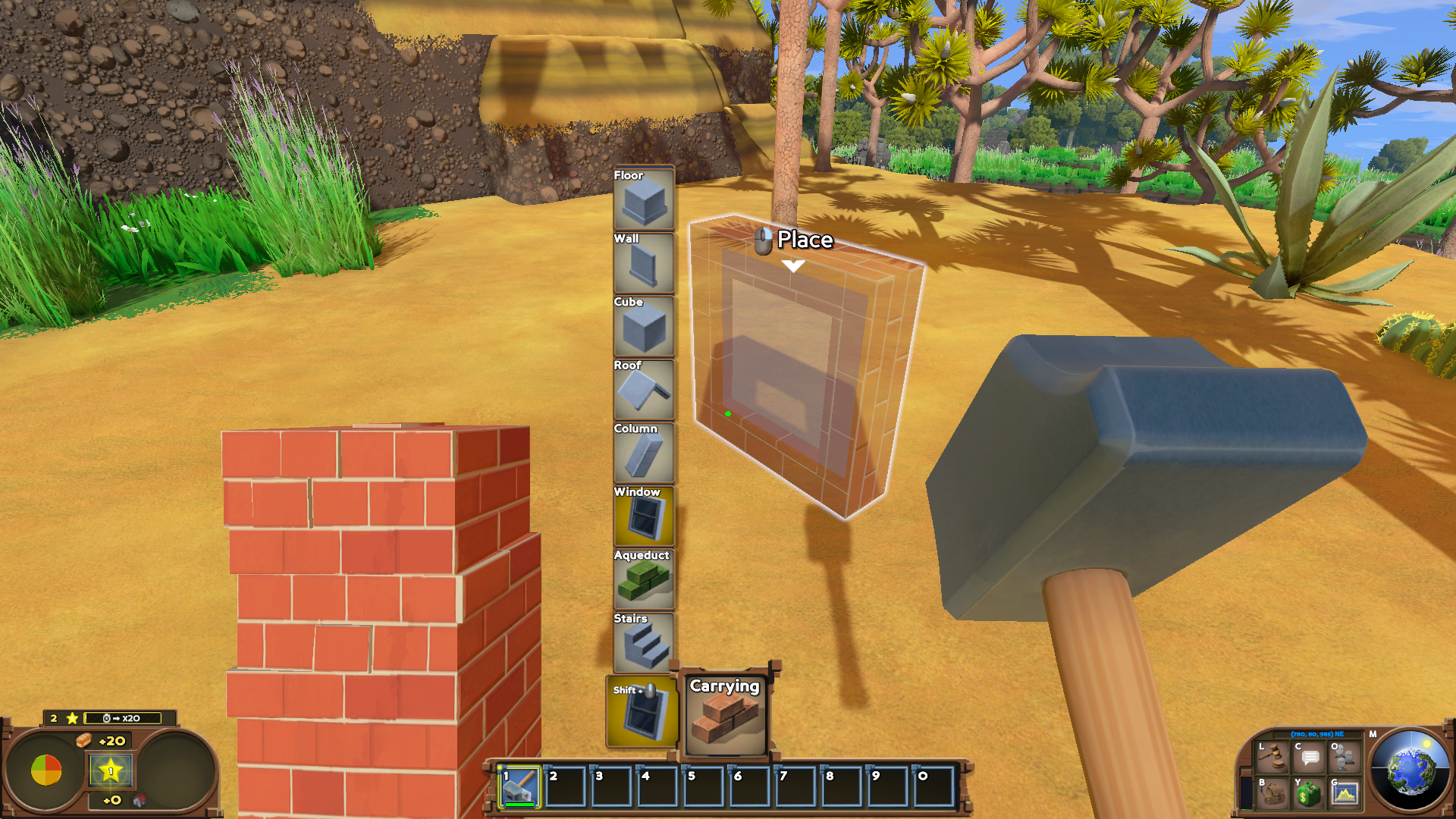 ‘Hammer menu Before’ in current version of Eco.

We have refactored the UI and UX to allow for many more forms per material which are categorized and color coded. This is to support adding much more content, variety, and possibilities to building. Expanding the ways in which players can be creative is a primary goal with building in Eco, and we are by no means done yet with core building features to empower players. 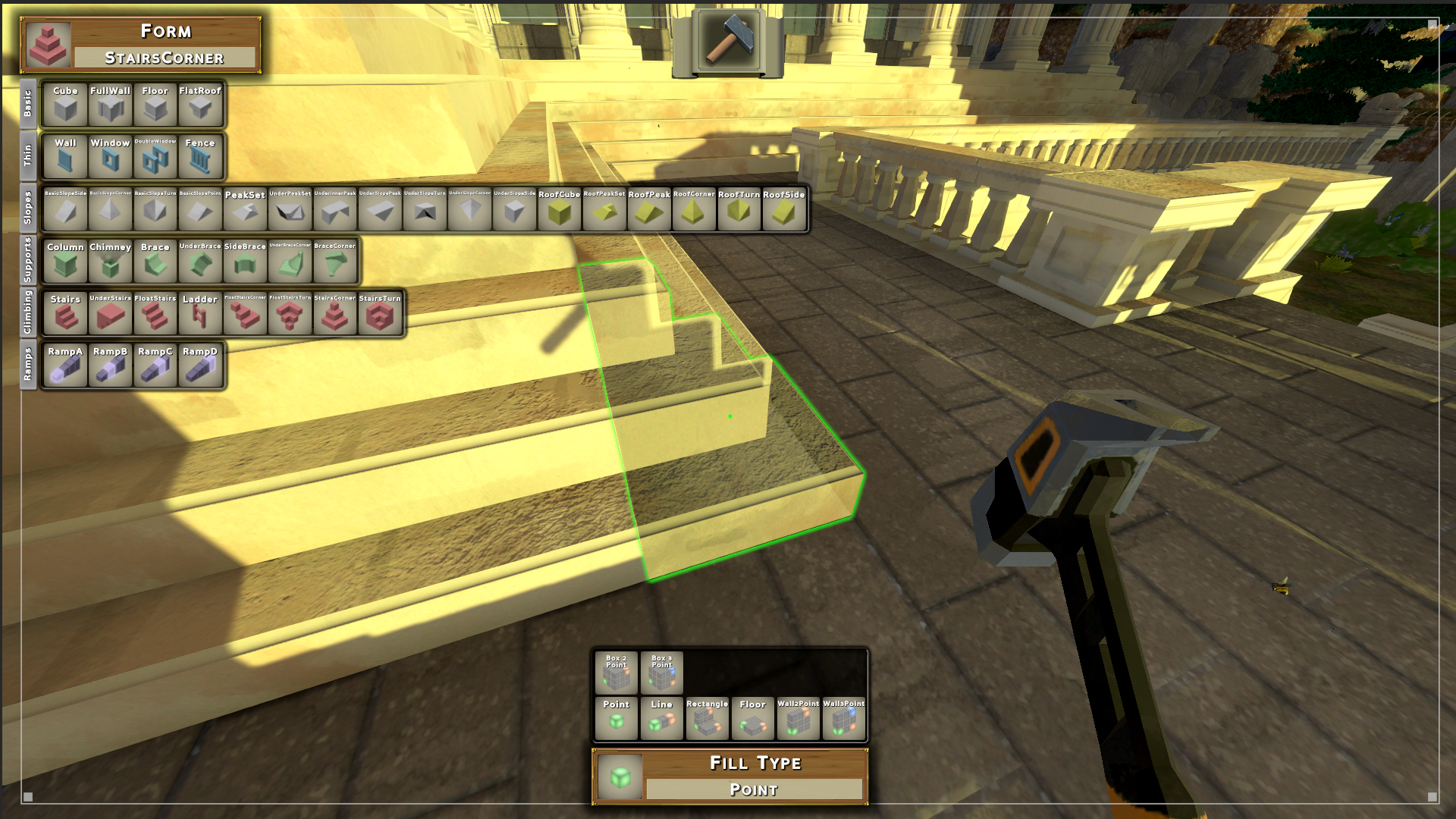 The first of these new building features we are adding to Eco with 9.0 is a new function on the hammer: Fill Types. As you can see, fill types can be selected in their own section of the UI when you are selecting a form to build. Fill types allow the player to define starting and end points for larger shapes that fill in with blocks. For instance, to put down a long line of fence blocks, you would select the ‘Fence’ form and then the ‘Line’ fill type. Then in world you would right click once to set the start point of the line, and a second time for the end point. 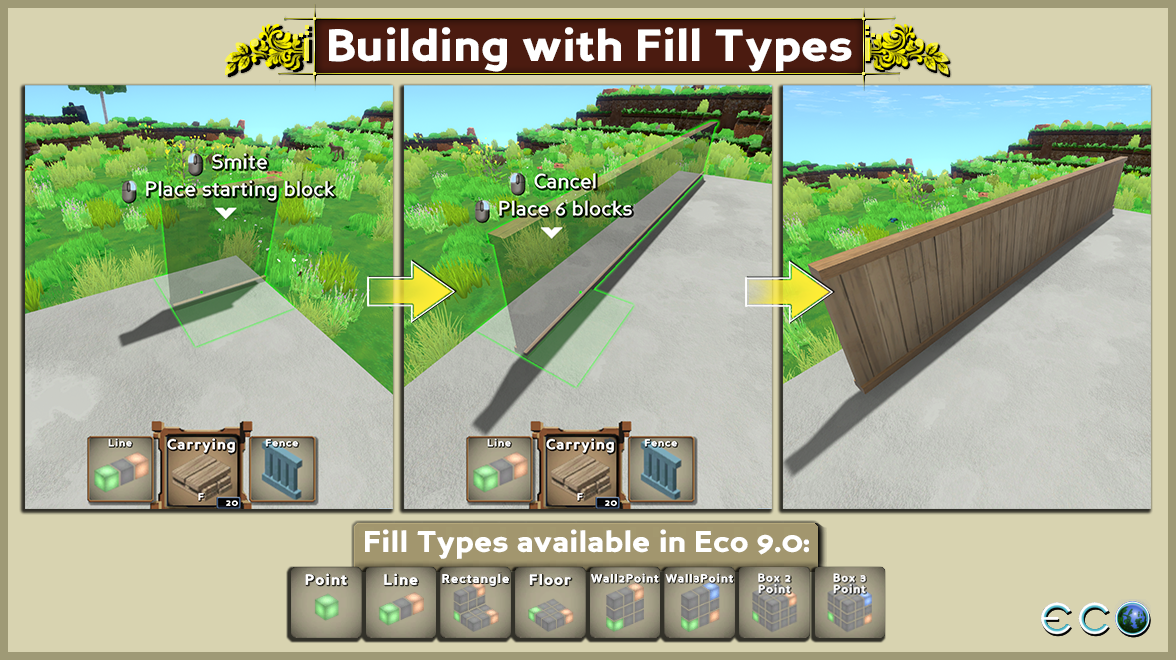 The upgraded Hammer in Eco 9.0 supports building multiple blocks at once.

Fill Types are the first step towards having more robust placement abilities for building in Eco. Before 9.0, players had to place blocks one by one. Now, with Fill Types, players will be able to create bigger structures by laying down swaths of blocks all at once. For now, inventory restrictions still apply so most materials will allow you to place down up to 20 blocks at once. In the future, we look forward to implementing more powerful building tools that take advantage of these new systems and allow material switching on the fly and many more than 20 blocks to be placed at once. The plan right now is to implement those kinds of powers (along with more fill types) with a total revamp of the Crane vehicle. To get a feel for and preview of this power, players in 9.0 can try out building with admin tools and commands on their own server, using the /give devtool and the /fly commands.

If providing creativity is the first priority with the building systems, the second is grounding that creativity in the unique world of Eco and its finite resources. In 9.0, to follow up the massive expansion of the biomes in 8.0, the building materials we focused on first are the ones that come most directly from the environment. 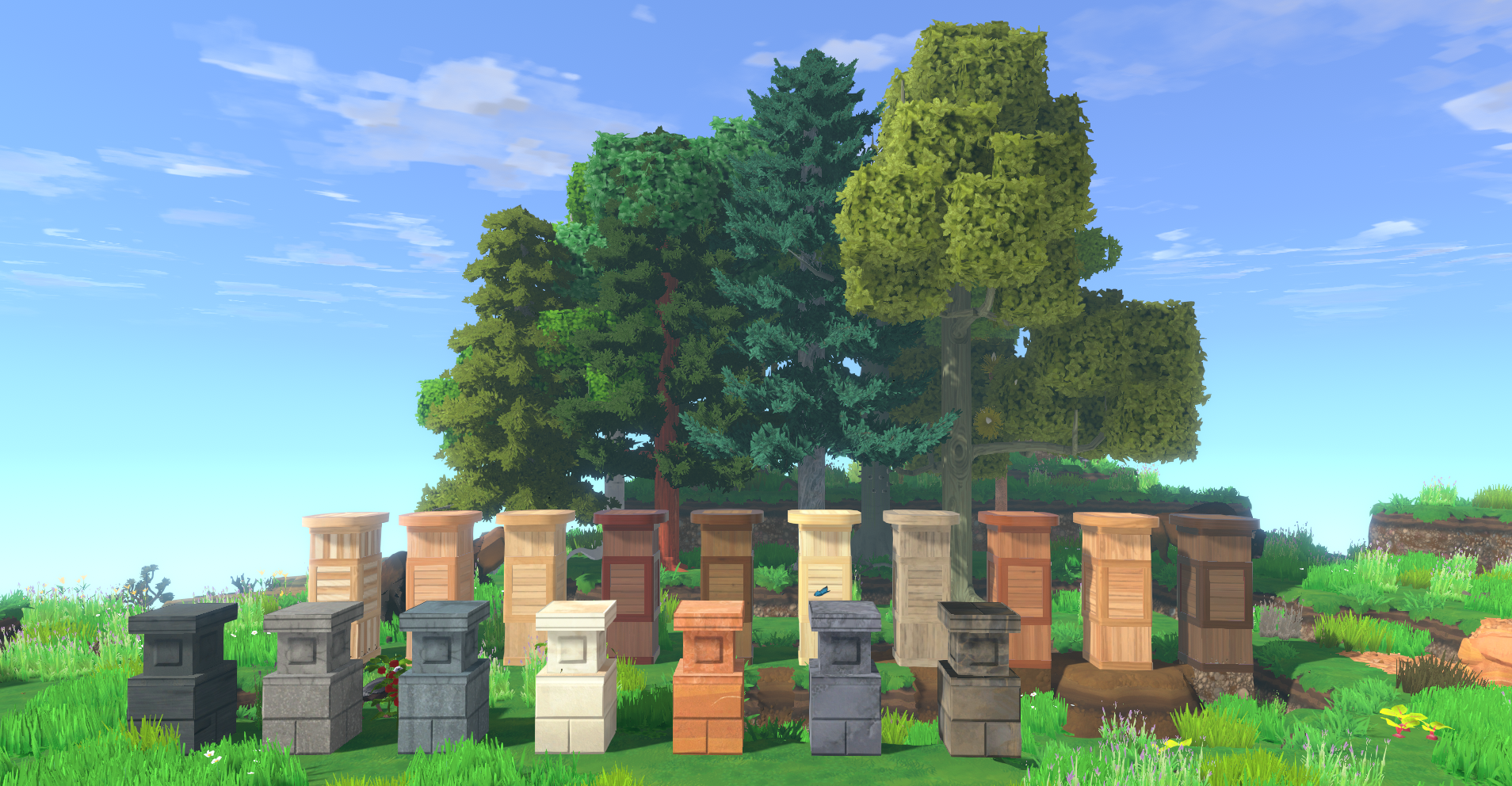 The two new building materials are Ashlar Stone, and Composite Lumber. These two materials actually have variations for every type of tree and every type of rock in the game-- so your buildings made from Shale will look different than those made from Granite or Sandstone, and your buildings made from Cedar trees will look different than those made from Spruce. Though we have a long way to go to flesh out the end-game building material content in Eco, I am happy we tackled these materials now so that players will be able to build cities that exhibit and celebrate the sources of their materials. 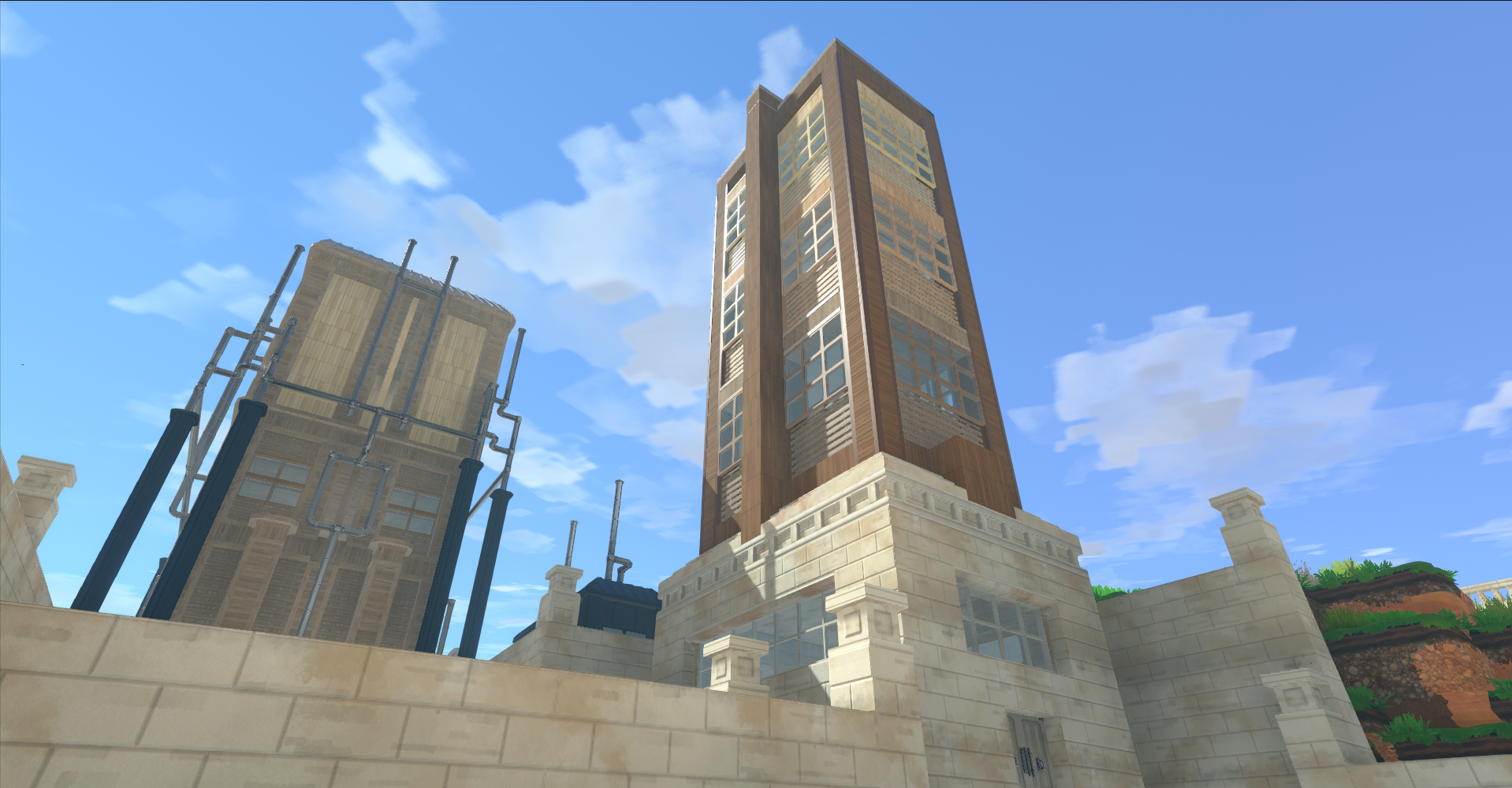 The next steps for Eco as far as materials goes is to continue forward in this same manner with fully modern and industrial materials such as reinforced concrete, glass, and steel. We also will be updating older building materials to have many more forms like the new materials do. While we will prioritize end-game building materials to maximize the possibilities of high tier buildings, we do have plans for early building material improvements as well such as peat roofs and adobe. 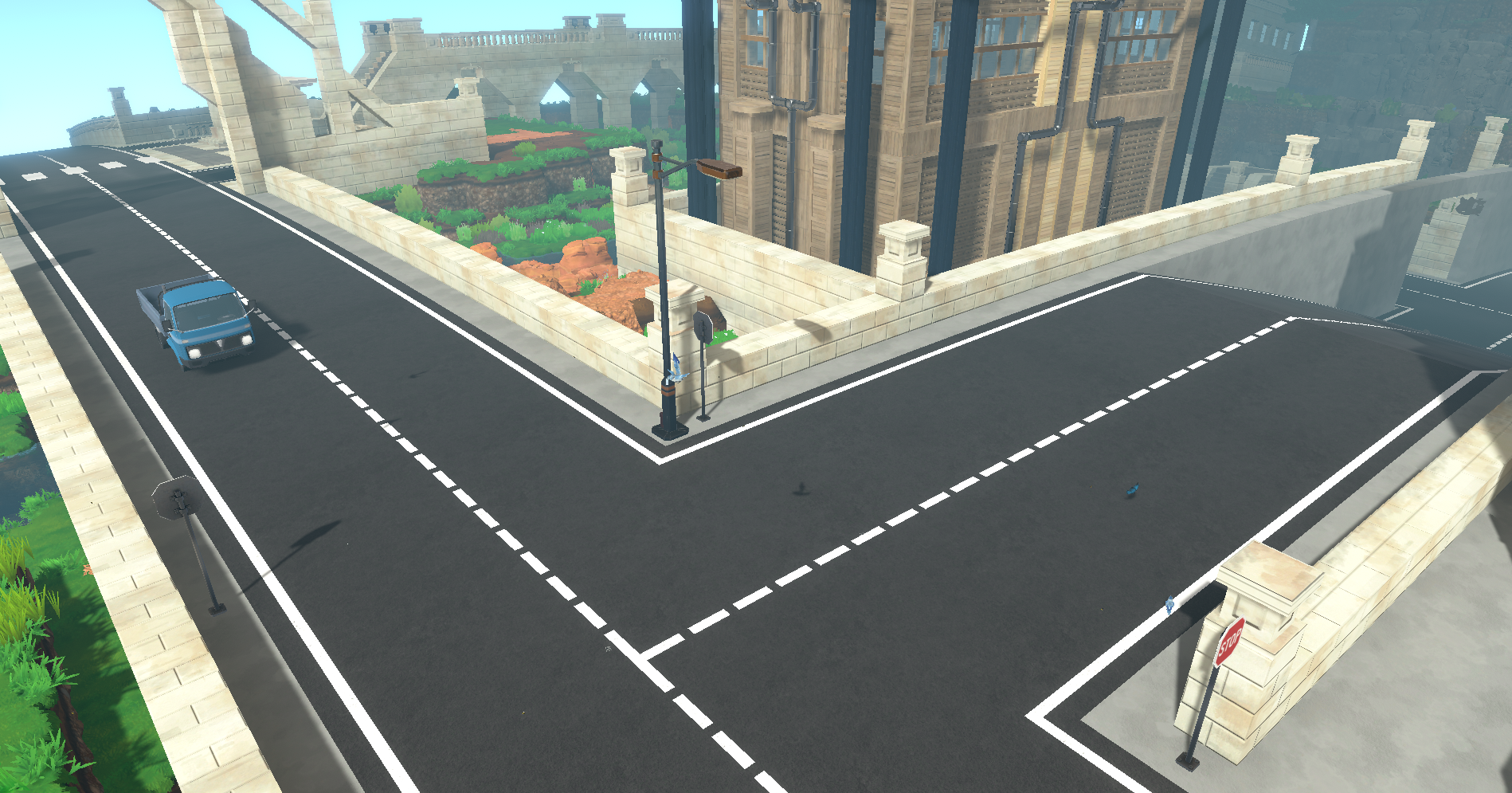 One update in 9.0 that will be continued as part of the upgrades to high tier building materials is for asphalt concrete, which previously had no forms but now has several, and a much improved look. We look forward to adding many new forms as we go from here on out, and now that we have the UI and UX to allow this, I am confident Eco’s building system will continue to expand in unique and exciting ways.