Hello all, hope youre enjoying your quarantining around the world and getting lots of gaming time in, stay safe and get your socializing in virtually. Our update today is on the new Districts system we’ve added for Eco 9. Here’s the current lineup:
Districts
The purpose of districts in Eco is to define specific rules for various areas of the map. We’ve had this for awhile, but with Eco 9 it’s getting a big upgrade. To start, districts are now set in-game and are contained in the new Zoning Office object. 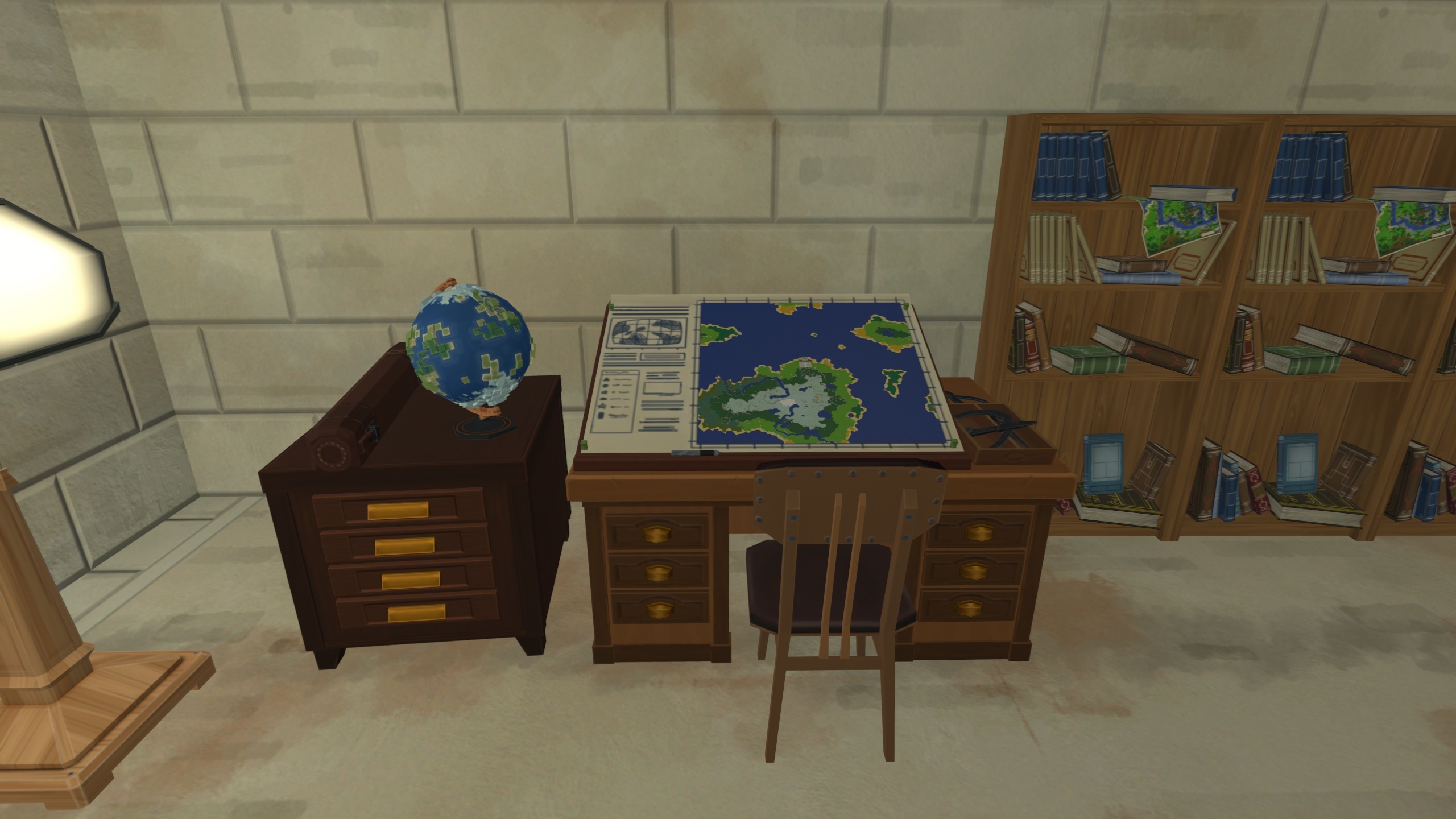 You can now have multiple District Maps, each containing a set of districts defining an area. Each map is totally independent, meaning maps can overlap other maps. In the Zoning Office is this UI:

(Check out the Constitution blog for more info on how that works).

In this Zoning Office, there are two district maps active, Protected Areas and Claimable Property, and one under election, Logging Regions. Let’s revise the protected areas. 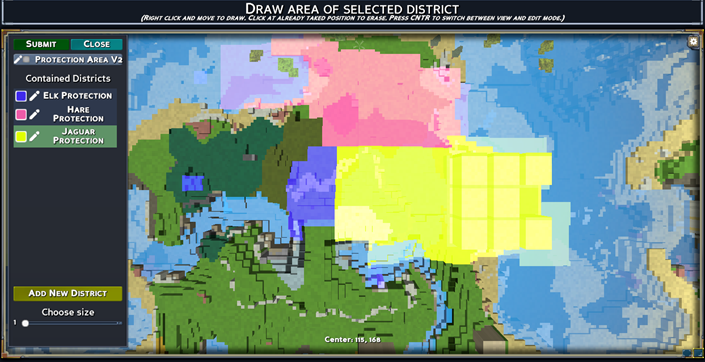 In the editor that appears, you can paint on the different areas of the map, revising any previous map that was already there. You can add and remove districts and make any changes you want. When you submit, it will go to election (if that’s what the constitution requires): 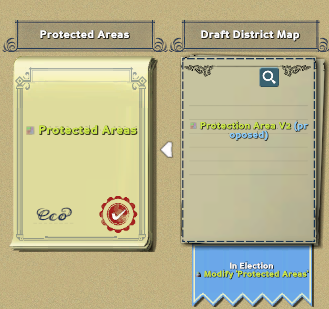 This election then occurs like any other election, defined by the election process (check out the Elections blog for details on how that works). Once the election passes, it will apply the changes.

Any law that referenced a previous district will be updated to the new district, automatically propagating the change to anything referencing these districts. You can start to see how all these systems work together; since district maps are a regular civics object (like laws, elected titles, demographics, etc), they automatically get all the features like revisions, error testing, reference updating (when they get modified), tracking of state (draft, proposed, active, removed).

So now lets make use of one of these districts, in a law.

We’ll go over in detail how laws work in a later blog, but for now you can get an idea how it works. The trigger (hunting a specific species) with restriction (inside a given protection region) will be prevented.

Tons of flexibility is allowed here, say we want to make a special area where only certain citizens can claim land:

Summary
With this new districts feature, the ability for citizens to define the use of land becomes greatly expanded, connected to all the other parts of the civics system. In a game about ecosystems and the resources from land and the pollution put upon them, this can be extremely important for the success of your world. Defining how resources are used, and how citizens may use them, is a key element in finding a harmony with your environment and solving the tragedy of the commons.

Lots more to come, stay tuned for more Eco 9 updates and the release (on a date to be announced).