This week we’re going to take a break from Civics to talk about another feature coming up in Eco 9, the Ecopedia.

Jumping around in our schedule a bit, here’s the series so far:
Ecopedia
The game has grown in complexity over the years, and it’s with Eco 9.0 we're putting in a lot of love to assist that learning curve with the Ecopedia.

Eco is a game about ideas, and we wanted to make something special that explains those ideas, so we’ve created a comprehensive guide that explains everything in the game, from ‘Getting Started’ to the major concepts of the game, to getting help on specific objects, to a reference of all the items (both natural and player created) in the game.

This is especially useful for civics, as we’ve added a lot of new parts that can get complex, so having the Ecopedia as support is critical to allowing users to get the most out of it. 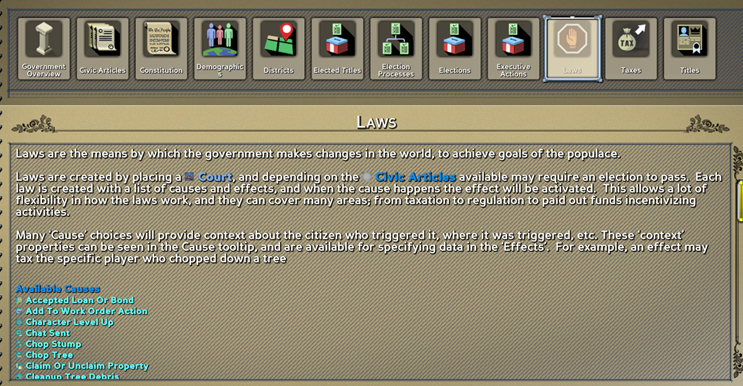 In the ‘components’ section, we describe each component in the game and how to operate it, giving examples of the interface:

The Reference section shows all the items and objects in the game.

I especially like the selection animation our developer Sergey added when you change pages:

In the World Index, you can see all the citizen-created items, a list of each entity in the game, where you can get tooltips to get more details.

And on top of that, its really easy to add mods to this. A custom server can simply drop in an XML page and all citizens will get that in their Ecopedia when they connect to the server.

We’ve made getting to these help pages easy, each tooltip that has an associated Ecopedia page will have a button in the tooltip, like in the top right here: 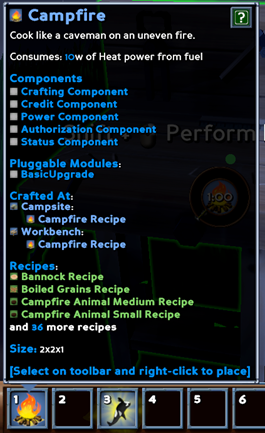 And on each component here:

With these changes we’ve made it significantly easier to understand the features of Eco, especially the new forthcoming features in the 9.0 update. One thing we’ve heard a lot of feedback on during Early Access is the learning curve of the game, and this should give a big boost towards understanding how all the systems of Eco work together and how citizens can use them to achieve success. It also sets us up for the future as we add more and varied systems, and lets server owners have complex modding cases that can be properly explained to players.

As always catch me and the team in our Discord[discord.gg] or email[strangeloopgames.com] me, always great to hear feedback from players, the community is really the heart of what makes this game awesome and we’re grateful to have such an amazing and supportive one.