Hey all, we’re starting our weekly updates again and have tons of work to show on Eco. Over the past year we’ve had the good fortune to double the size of the team, which means lots more in the works. We’re working on a lot of features in parallel, so you’ll see progress on a lot of these then suddenly they’re all the in game at once. As discussed in our last update, we’re focusing on a couple things with current dev:
Here’s the deets on some of the latest.

9.4 Update
Here’s updates coming right around the corner (next several weeks) in 9.4:

World Generation
Eco dev Jason has setup an easy way to view the world youre going to generate, now you can tweak the parameters and the seed and hit ‘generate’ and see a preview of the world, without having to do a full generate. This will let server hosters get that perfect world they want for building a society. 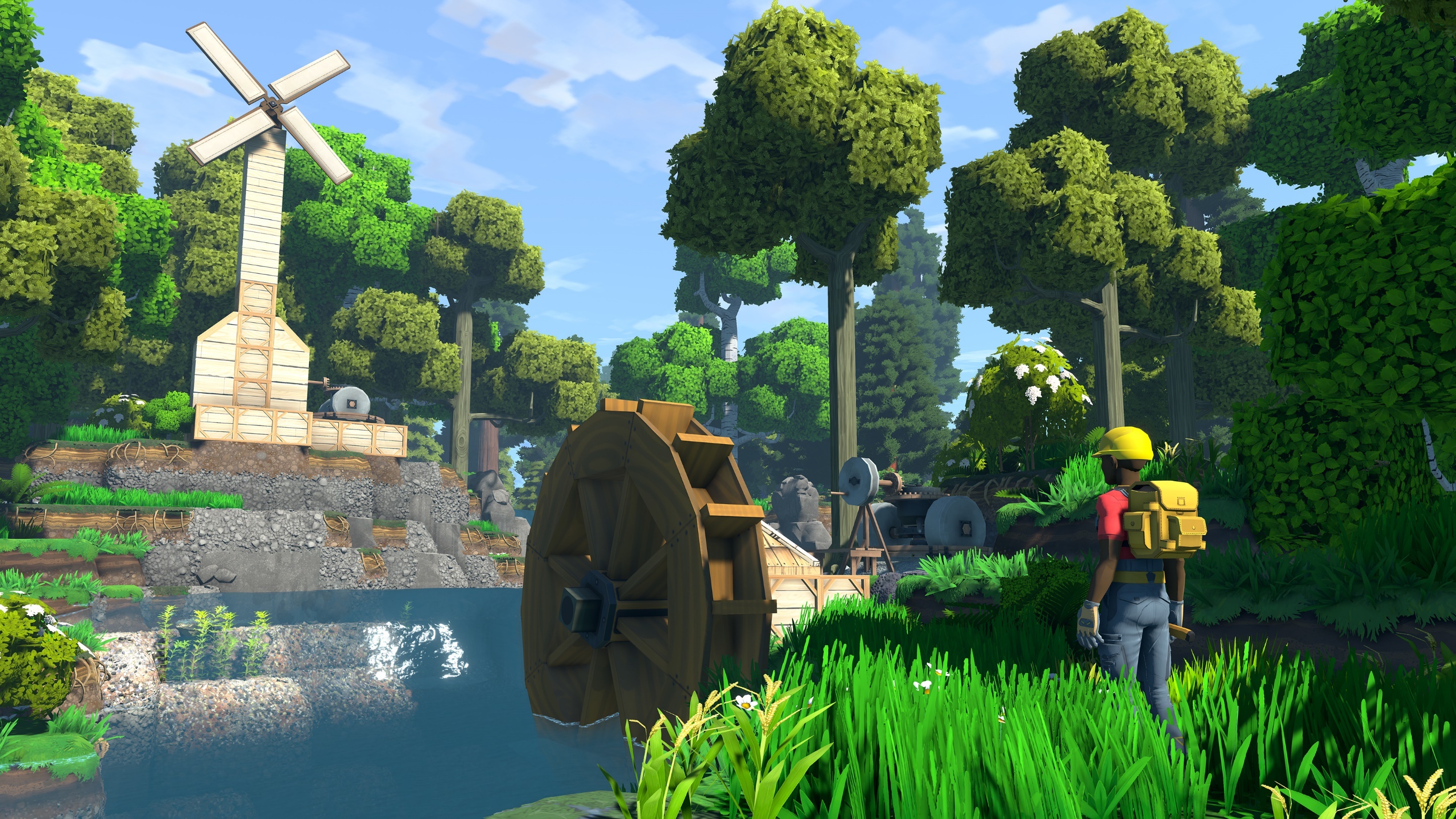 Also coming in 9.4: One of our longest standing issues has been fixed by our dev Marcus: waterwheels will now actually require flowing water (rivers, not lakes), windmills will require a cleared space around them, and solar generators will require sunlight. No more solar generators in your mines (shame on you in the first place if you did this). Now they will generate variable power based on their location in the world. And the waterwheel will get a significant boost if you put it in a waterfall:

Solar generator with some blocks slightly obscuring the sunlight and dropping its power supply:

And with a fully clear sun view:

10.0 Updates
Here’s updates coming further down the pipe in Eco 10:

Boats
Long in hibernation, boats are getting lots of love lately and will be shipping in Eco 10 (date TBD). Check out this demo from dev Quadbro of a couple of the new boats, including the barge:

Boats are going to really transform transport in the game, and will influence the location of towns and cities to have advantages along ports. Citizens will need to setup inland towns to mine minerals, and then a transportation network to move them to coastal port town, where they can be loaded onto boats and transported around the world. Part of the beauty of adding features at this point in the engine is one new feature will have infinite repercussions as all the systems of the game are intertwined; adding one new type of vehicle will influence the economics of the whole system.

And of course creating boats will be a significant endeavor with lots of demands on the economy and government (and ecosystem for resources) as well. Here’s the new shipyard object we’ve concepted out and are building: 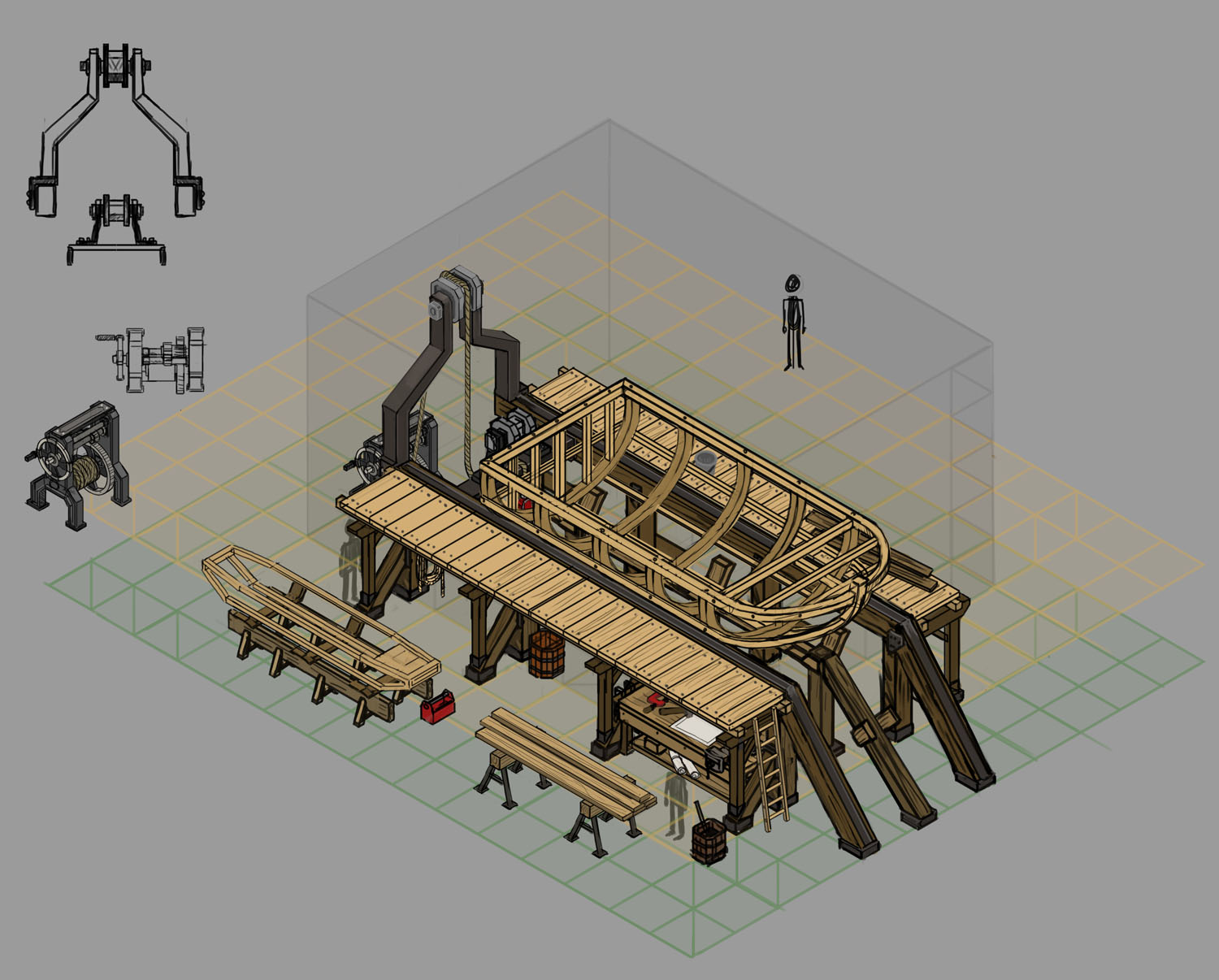 And then lots of connecting parts for ports, like this selection of moorage points: 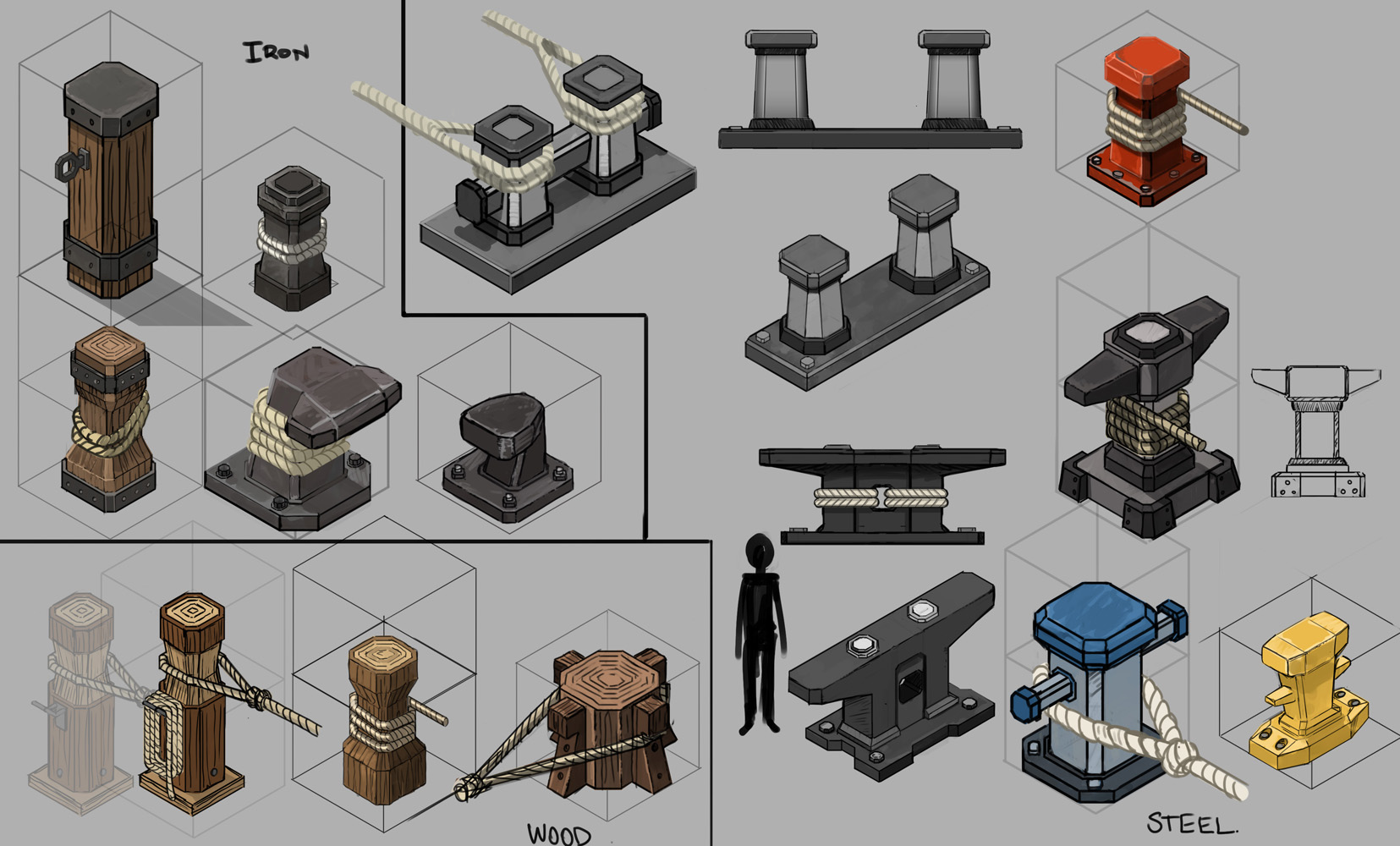 Prepare to see a big change in the world when theses make it into the game, port towns and seafaring will make the global economy run with much more depth. 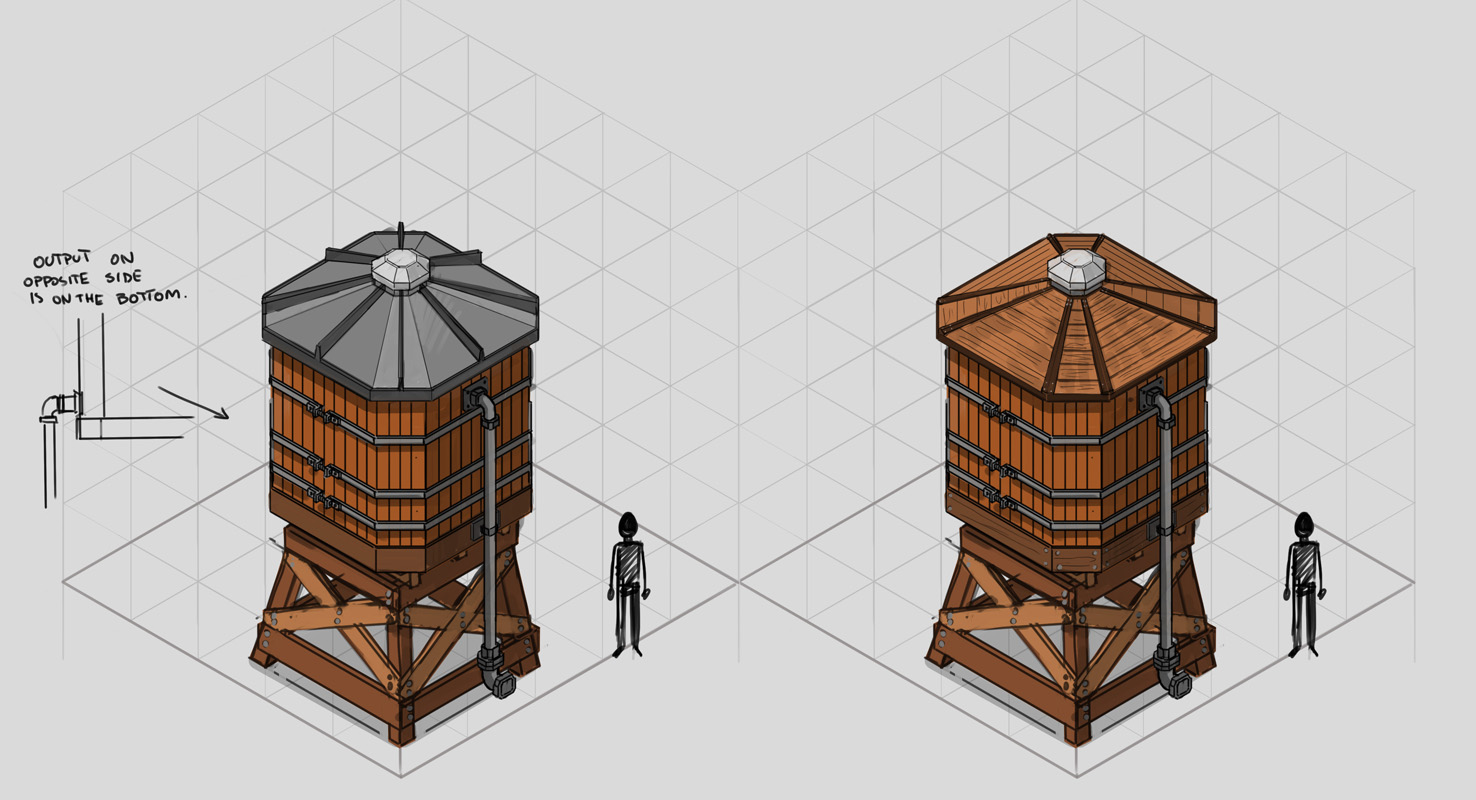 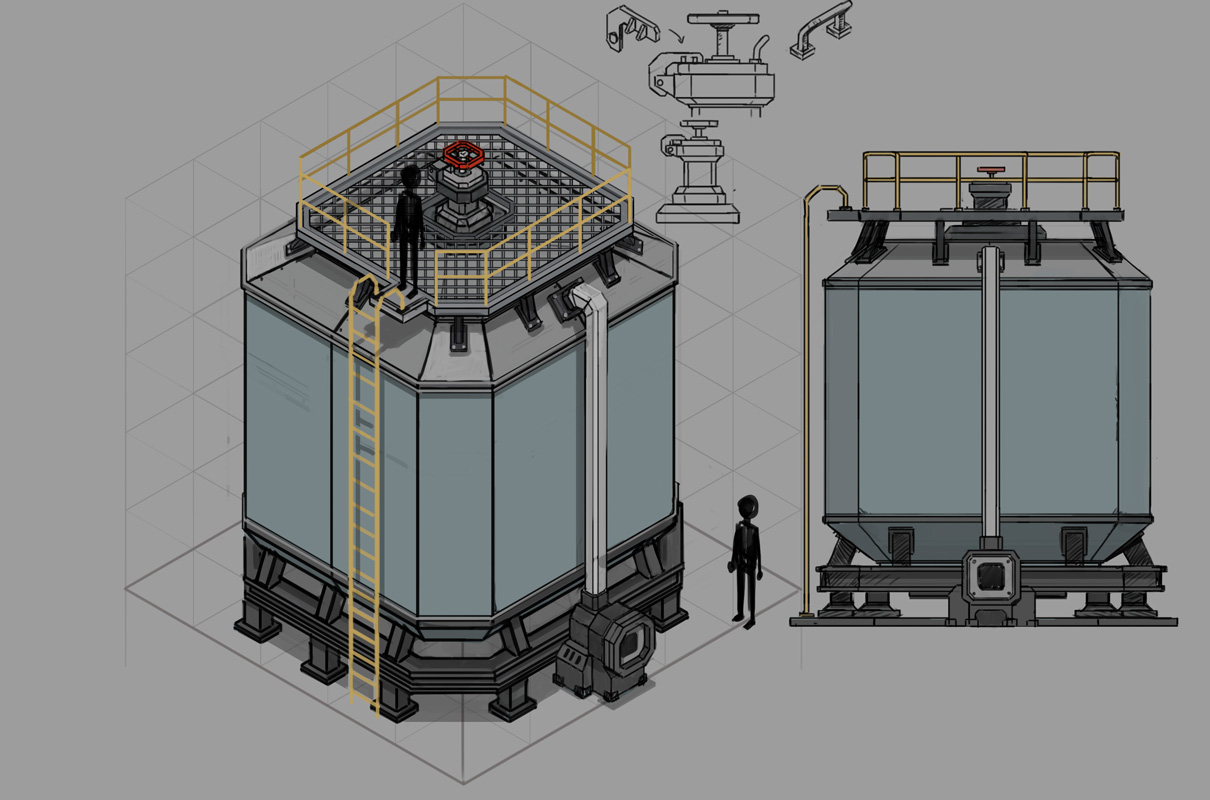 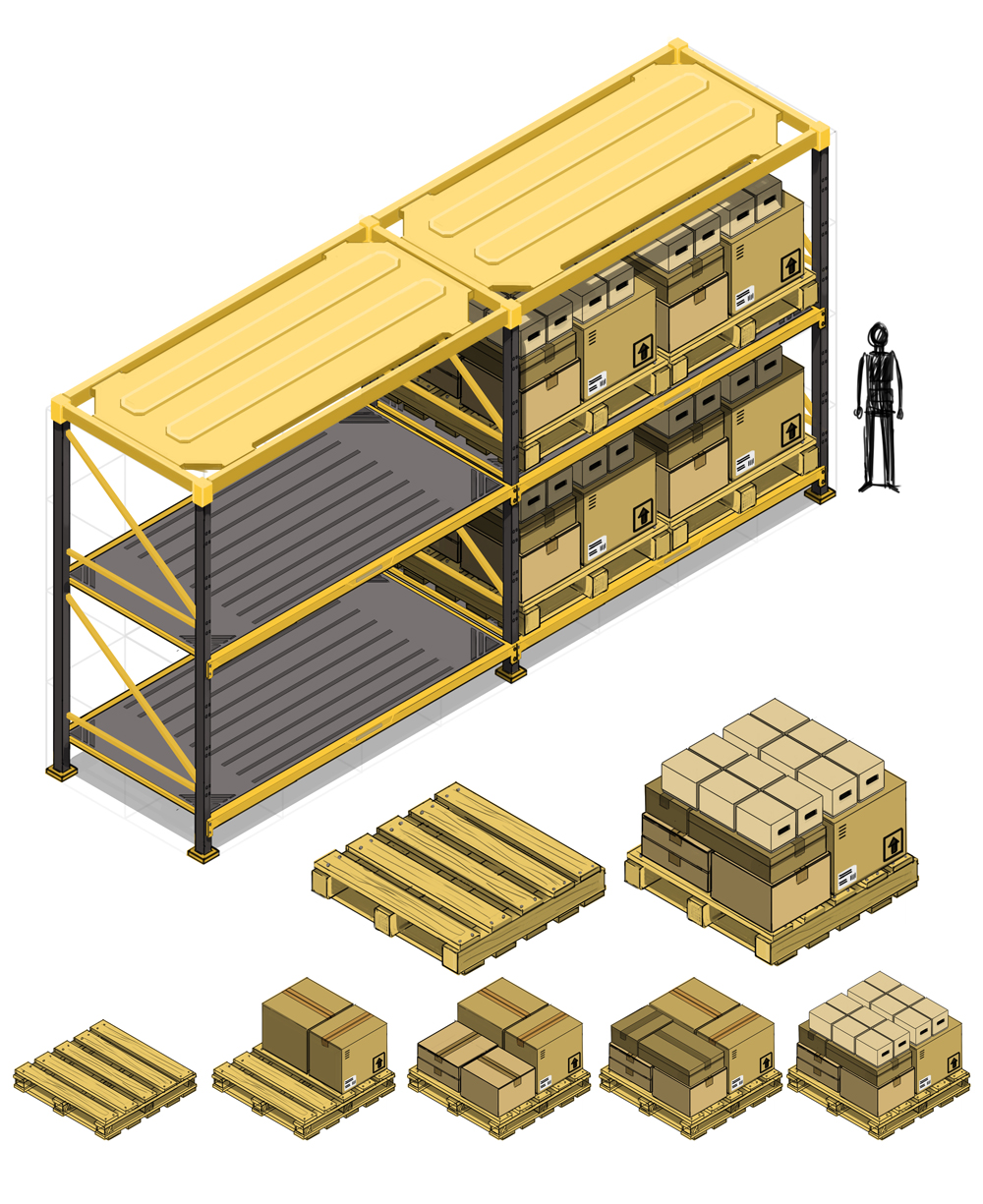 Each of these will specialize in storing different types of goods, and as you setup port towns and transport you'll need to use these to manage your supplies.

Lots more in the works, stay tuned for updates on the Towns and Countries change, performance boosts, avatars, stores, chat, and tons more. Feel free to send us feedback in the comments or on our discord: https://discord.gg/eco